Do you know about the Wettest Place on Earth???

You know about Kaziranga National Park??

Do you know about Silliguri-Corridor??

Do you know about Tawang??

Many more questions and the list can go on. But the matter of the fact is not many people from the Rest of India know much about North-Eastern Part of India very famously called as 7 Sisters. Since India got Independence in 1947, ignorance from the Rest of India has increased resentment amongst the people of North-East. Hence external adversaries like China and some miscreants from India like ULFA (United Liberation Front of Assam), Arakan Army, NSCN-K (National Socialist Council of Nagaland) etc. has created hurdles in economic and infrastructural development of this region.

During British era, North-Eastern part of India was divided in 3 states i.e. Assam, Tripura and Manipur. Bengal Partition was done in 1905 which lead to creation of 2 states West Bengal and East Bengal (presently Bangladesh). Also Burma (presently Myanmar) was separated from the rest of the Indian Empire in 1937, just ten years before India became an independent country, in 1947. 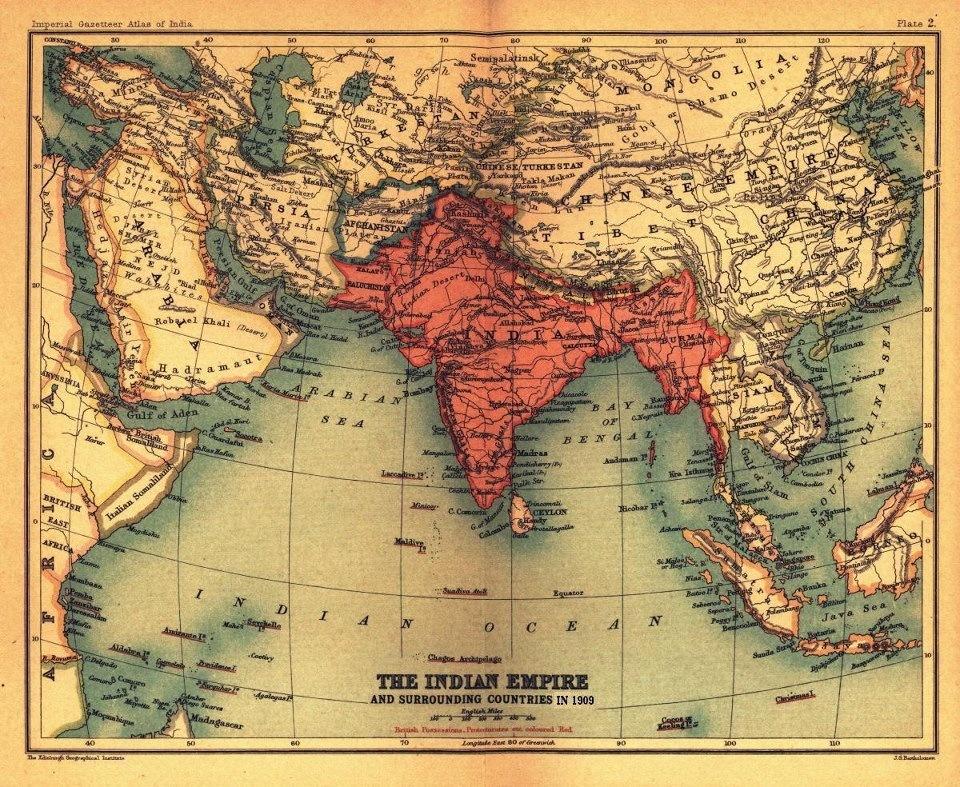 During World War II, Netaji Subhash Chandra Bose formed Azad Hind Fauj in August 1942. Netaji Subhash Chandra Bose went to Germany and asked Adolf Hitler to release Indian Soldiers. Azad Hind Fauj (which comprised of Indian Soldiers who were Prisoners of War in German and Japanese captivity and many civilians) along with Japanese Forces reached Kohima (present day Nagaland). Battle of Kohima and Imphal took place in which Japanese and Azad Hind Fauj were crushed by fellow Indians of British Army. We Indians have a very old habit of fighting amongst ourselves. Therefore from being an undivided India to present day India, we have come a long way.

Rich in Bio-Diversity and Cultural Heritage-

Northeast States of India is blessed with a wide range of physiographic and ecoclimatic conditions and the geographical ‘gateway’ for much of India’s endemic flora as well as fauna. It is a home of 17 crop species that represent 47% of the crop species diversity available in the country. Mawsynram (a place in Meghalaya) is the wettest place on Earth which receives nearly 10,000 ml of rain in an average year. Kaziranga National Park in Assam is the world’s largest habitat for the great one-horned rhinos. It is India’s biggest bio-diversity treasure, and a UNESCO’s world heritage site.

Brahmaputra is a major river in this region, which originates from Tibetan Plateau (China, where river is called Tsangpo meaning Great River). This region has a cultural heritage too. Kamakhaya Temple in Guwahati is one of the Shaktipeeth (place having presence of body parts Goddess Sati). Here female genitalia or ‘Yoni’ which fell on the spot is worshipped. It is a place where menstruation is worshipped as a symbol of power within women. This also helps in removing taboo related to menstruation in Indian society.

The Tawang Monastery (Arunachal Pradesh) is the second biggest and oldest in Asia and is known as the Tawang Ganden Namgyal Lhatse i.e., the celestial paradise of divine site chosen by the horse was founded by Merag Lodroe Gyamtso in the year 1680-81. It is a 400 years old holy place for Buddhists.

The modernization around the world has not been accepted by people in North-East India, the culture and habitant remain the same.

In 1950 Sikkim became India’s protectorate which meant that India had the responsibility to protect Sikkim from any external aggression and allowing Sikkim to govern itself internally. Later a plebiscite was conducted in which people of Sikkim expressed their desire to join India as a fully fledged state. On 16 May 1975, Sikkim became the 22nd state of the Indian Union, and the monarchy was abolished.

With Sikkim becoming a part of India, the vulnerability of Chicken’s Neck (Silliguri Corridor) was reduced. Silliguri Corridor is the only land route which connects India to its North-Eastern part.

Doklam stand-off between India-China was in news in 2017. Doklam is a tri-junction plateau which is shared by India-Bhutan-China.

Once Silliguri Corridor is choked by any means, North-East part of India will be cut off.

During  anti-CAA protests in Shaheen Bagh, Delhi a person named Sharjeel Imam publically said that people will lie on railway tracks and occupy roads to block Chicken’s Neck (Silliguri-Corridor) and North-East will be cut off. And when sedition charge was put against many intellectuals came forward to defend him.

And it is hard to swallow that despite being strategically important, Sikkim is yet to get connected from rest of India via railways.

India and Myanmar shares deep-rooted Buddhist cultural ties. Myanmar too acts as gateway for South East Asian countries. India has invested heavily to counter the dependency on Silliguri Corridor and building Kaladan multi-modal transit project. Under which Sittwe port is being built from where River Kaladan will be used to further connect Mizoram via road. 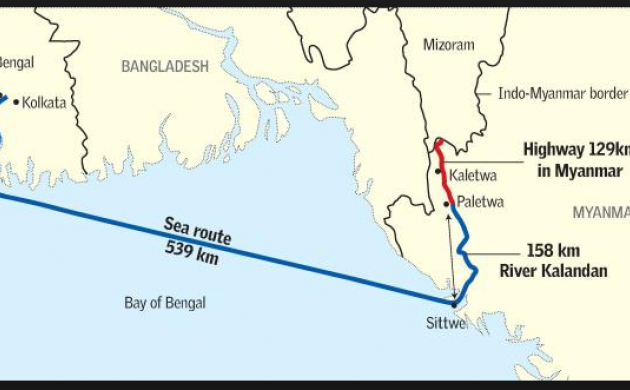 Arakan Army (local militant outfit which operates at Indo-Myanmar border) is the major trouble maker in the region. They are causing hindrance in successful and timely completion of this project. It is believed that Arakan Army is backed by China.

India is going to invest in building oil refineries in Myanmar. Future plans include the India-Myanmar-Thailand Trilateral Highway, that will help improve connectivity between India and Thailand and others in the neighbourhood, and a global electricity grid that may initially aim to link countries such as Myanmar, Thailand, Cambodia, Laos, and Vietnam with the Indian sub-continent as part of evolving energy security architecture.

India and Bhutan has always been all weather allies since the signing of India-Bhutan friendship treaty in 1949 which was renewed in 2007. This bilateral relation majorly relies on Hydropower cooperation. India has invested and helped Bhutan to build hydro-electric power plants. India buys nearly 3/4th production of its electricity which is further distributed in North-Eastern states which lacks resources to produce electricity. This was Bhutan earns its export money from India and India gets enough electricity.

India shares its longest land boundary with Bangladesh. Present day Bangladesh was once the part of India so it shares common culture and religious ties. Also India played a crucial in 1971 War of Bangladesh Liberation.

Bangladesh has allowed India to use its inland waterways to boost connectivity in North-East. Recent Tripura’s inland waterway route was one such example. Also now container cargos can dock at Chittagong port, Bangladesh and further goods can be easily travelled to Tripura.

One recent concern arisen in North-East especially in Assam is related to NRC (National Register of Citizens) which is supposed to be implemented to stop illegal migration from India-Bangladesh border. Illegal migration was responsible for changing demographics in Assam and this was the very motive of Assam Accord which was signed in 1985.Yet it was never implemented. But the problem still lies that what to do with illegal migrants as Bangladesh isn’t going to accept them. Moreover how to deal with hue and cry of International Community over Human Rights remains to be seen.

India-China relationship in the context of North-East has always been fragile. China doesn’t recognize Arunachal Pradesh as part of India rather they claim it as part of South-Tibet. China always obstructs World Bank investments in Arunachal Pradesh by stating it as a disputed territory.

To know about the North-East conflict between India and China you can read: India’s Forgotten War: A War Fought Well [1967 India-China War]

In the past decade, North-East has got connectivity like never before whether it is Roadways, Railways, Airports or Waterways, and still expanding.  North-East region has still not reached its optimum potential and many untapped opportunities lies ahead. Govt. and Bureaucracy can do their work in bits and pieces only. It is the duty of every Indian to keep the true virtue of fraternal brotherhood alive.

After The Fires In Greece And Amazon Rainforest, What’s Our Future?