Nitin is back with another interesting article, this time on the Israel-Palestine Conflict.

Survival of the Fittest ( Israel-Palestine Conflict)

Two wrongs don’t make one right and an eye for an eye makes the entire world blind, empathy holds the key for humans to prevent them from turning out to be animals.

Christianity, Islam, and Judaism are collectively called Abrahamic religions. Jerusalem has significant religious importance among all the before mentioned religions.

Islam faith followers believe that Prophet Muhammad went to heaven from Jerusalem and it is their 3rd holiest place after Mecca and Medina.

Christians have their love for this place as Jesus Christ got resurrection in Jerusalem (celebrated as Easter) after 2 days of his crucifixion (Good Friday). And Jews believe that their Messiah will take birth in Jerusalem.

Jews are generally workaholic and it is one of the reasons people used to feel jealous and had an inferiority complex since ancient times. Albert Einstein was a Jew.

Also, it is believed that Jews were involved in the crucifixion of Jesus Christ. Hence they have always been persecuted.

Even the flag of present-day Israel which has 6 point star is believed to have a meaning related to occultism.

During the late 1900s, nationalism was on a peak in Europe which led to the formation of many countries like Italy, etc. With this, the Zionist movement (demand to have a separate country for Jews) too got momentum.

World War I was fought during 1914-18 in which the Ottoman Empire and Germany were the major powers on the losing side. And the winning side like UK, France, etc. got control of the lands of the lost side.

Balfour Declaration was signed by the UK in 1918 which stated Jewish settlements will be allowed in Palestine land. Jews started migrating to Palestine in large numbers.

On the other hand, Palestine was promised to Arabs who were so far mistreated by the Ottoman Empire.

During World War-I the British were fighting against the Ottoman Empire in the Middle East Region. As India was a British colony that time British Indian Army traveled all across the world to fight for the British cause.

In the 1918 War was in its last phase, the British along with French were in dire need to get unprecedented access to the Mediterranean Sea. So cavalrymen(men who fight on horseback) of the Indian contingent were called in to fight in Haifa (a place in present-day Israel) against Ottoman Empire who were well equipped with Guns and Firepower.

Kingdoms of Hyderabad, Jodhpur, and Mysore sent their army. These cavalrymen fought valiantly with swords and spears and won the battle. It is considered as the last great cavalry campaign in history. In Israel history textbooks from classes 3 to 5 teach about the story of the liberation of Haifa by Indian soldiers. Haifa day is celebrated on 23rd September.

The picture shows people of Haifa standing in awe while watching Indian Cavalrymen marching after victory.

India has a place in Delhi named Teen Murti Haifa Chowk to commemorate the soldiers.

Germany has lost World War-I and the Treaty of Versailles was signed under the dictating terms of the UK and France along with heavy war reparations, this humiliated the Germans.

With the advent of Adolf Hitler in power and the rise of jingoism in Germany, another chapter was added in Jews persecution history infamously called “Jewish holocaust”. Nearly 6 million Jews were killed by Nazi Germany and various concentration camps were set up.

World War II was fought during 1939-1945. By this time Israel-Palestine conflict has then become very complex and UK wasn’t able to handle it. Hence UNITED NATIONS (formed in 1945) was called upon.

In 1947, the UN passed a resolution on the Israel-Palestine conflict which stated equal division of Israel and Palestine Arab state. And Jerusalem was given international control.

Series of wars and terrorism

Picture of Israeli and Palestinian Govt leaders mediated by Bill Clinton (US President) in 1993. 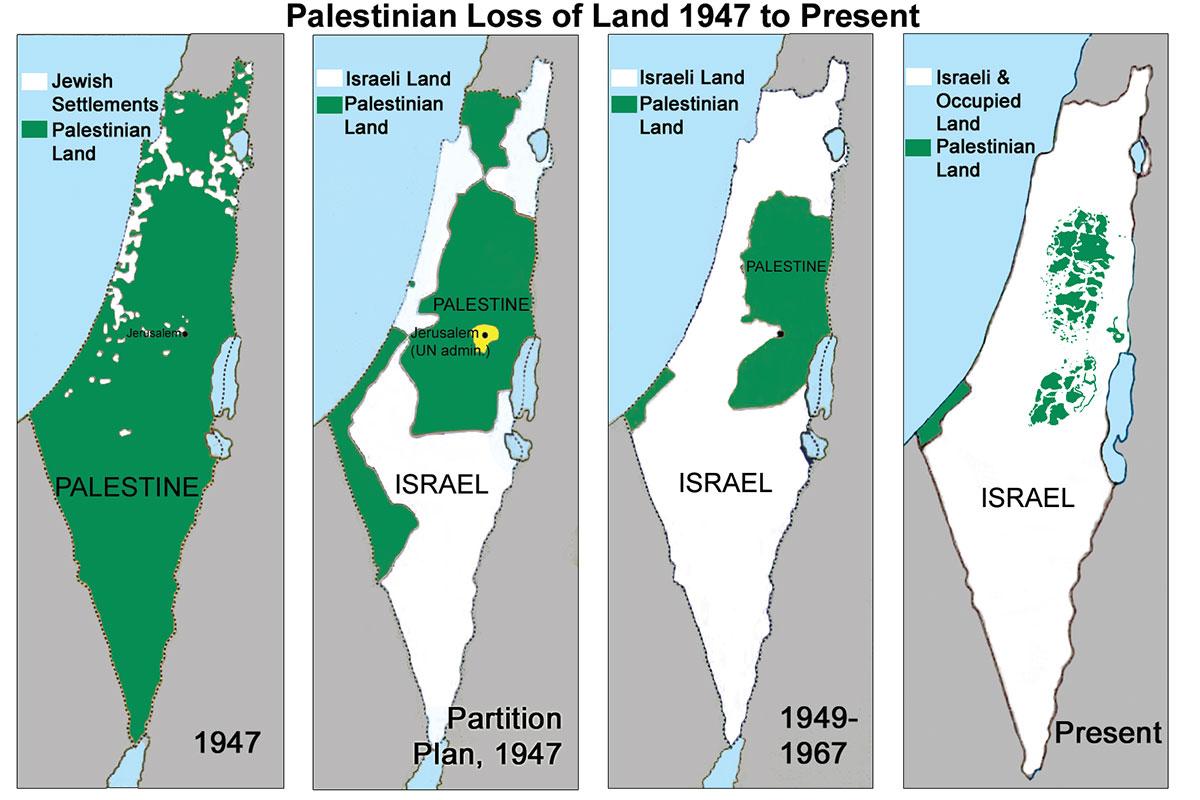 The United States of America under the presidency of Donald Trump recognized Jerusalem as the capital of Israel and shifted their embassy from Tel-Aviv to Jerusalem.

This week UAE (United Arab Emirates) and Bahrain signed Abraham Accord Peace Agreement with Israel under the mediation of Donald Trump (US). This is a huge event and has created a major tectonic shift in the Middle-East region.

We hope this article helpful for you to understand what the Israel-Palestine Conflict is.

Also from the author: WAR ON TERROR – 9/11 in US and Jihad in Kashmir Nexus

What Will Be The Impact of Trump vs Biden [November 2020] on India?

Is It Practical To Boycott Chinese Smartphones?